Temple Church in Cornwall shows obvious connections to the Knights Templar; Take a look at the following photographs, and the explanations with them, and explore the history for yourself:

The picture below was taken at nearby Blisland Church – and sets out a potted history of the Church when under the order of the Knights Templar. 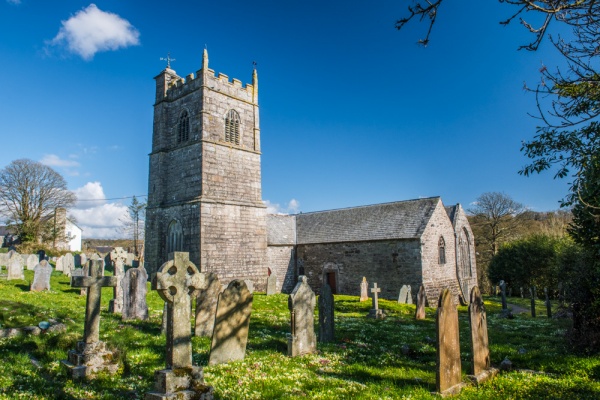 This next photo depicts ‘someone’ kneeling before a baby, in what appears to be a stable environment, and is celebrating, or worshipping, the baby lying in a manger. This may well be the Virgin Mary kneeling before Christ – but it doesn’t say so! It is left to the viewer to decide. 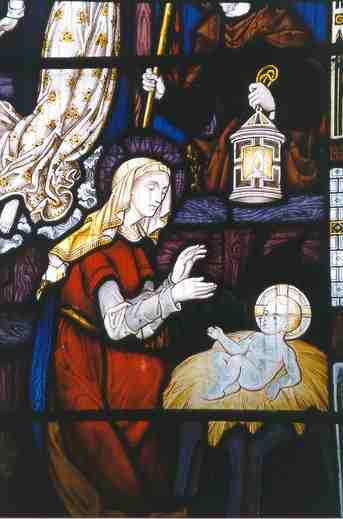 It is important at this point to realise that ANY artifact within a consecrated building (a church) has to have a “faculty” (written permission) to position it within the building – It would have to be ‘approved’. That, properly, would even include a vase set up in a window, or pictures of the ‘Stations of the Cross’.

Back to the picture: Firstly, the person kneeling is obviously PREGNANT. This would not be by accident. The artist would have known exactly what they were depicting. Other details are so painstakingly done and correct. So WHO is it? Likewise WHO is the baby lying in the manger and resting on what is known as ‘a Glory’? Is it a possible reference to Mary Magdalene in France- indicating the continuation of the bloodline of Jesus – the Meronvingians? Note the symbol of the French Cross of Lorraine elsewhere at Temple.