Liberal Elite And The Shameless Exploitation Of A Tragedy

Isn’t it indecent? The liberal-left elite is disgracefully exploiting the appalling mass murder in Pittsburgh in a cynical attempt to destroy the First Amendment.

The First Amendment protects your right to say whatever you want free from government prosecution.  It is the very basis of the American constitution, and of fundamental democratic freedom everywhere.

Friday’s attack by an unhinged ‘lone-wolf’ extremist on a Synagogue in Pittsburgh wasn’t hours old before real world agendas pushed to the top of the news.

Then Gab’s latest hosting service unilaterally gave the company a 48-hour termination notice of its contract.

GoDaddy is deregistering its domain name with 12 hour notice.

This is the second time Gab has had to switch providers this year.  They have been denied an app in the iOS store.  Google will not allow their Android app to be in the Play Store.

Why is Gab targeted?

Because Gab is a true alternative to Twitter which exists outside of the control of the financial and political oligarchy.

With the recent passing of the EU’s “Link Law” which is designed to shut down opposition voices, the merged corporate/political oligarchy are moving to ensure that all speech is criminalized.

But to do that they first have to square the circle around that pesky First Amendment in the U.S.

And that means outsourcing the censorship to the companies who own the Internet access points – the app platforms, the social media giants, the hosting firms and payment processors.

If you can’t build and maintain a business then you can’t oppose their rule. 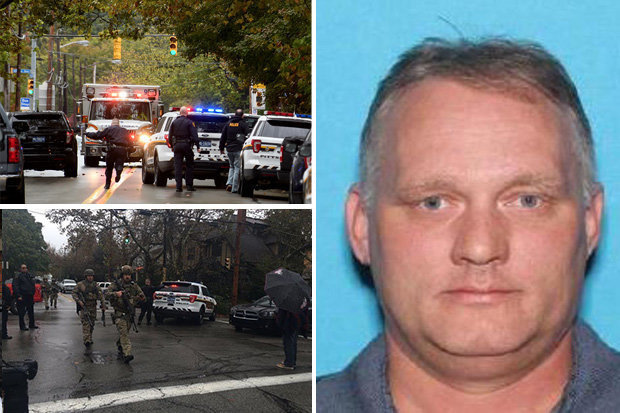 The Pittsburgh shooting is being exploited ruthlessly by the enemies of free speech. They want to silence YOU, and a monster their extremism helped create has given them the perfect excuse

This is classic barrier-to-entry stuff that the government engages in to protect the market share of the favored companies over their competition.

Gab simply doesn’t censor people.  If you want to be a jerk in public, that’s your business.

It doesn’t seem to stop Elizabeth Warren after all.

What content you consume and produce is your responsibility and CEO Andrew Torba has given you those tools to speak freely and freely be ignored.

In fact, the censorship tools are stronger than they are on Twitter.

Gab is more stringent in enforcing its policy to remove speech which is a clear incitement to violence than Twitter is.

And that’s the irony of this.  While the Synagogue shooter was a member of Gab, he also had a Facebook, Twitter and Instagram account.  They did this to Gab because they could and because they were told to.

Gab’s statement about the shooting is public for the world to see.  And since the shooting they have assisted the police in identifying the person responsible and providing evidence for the future legal prosecution. Compare that with the repeated failure of Twitter and Facebook to act to help the authorities when isolated criminals and terrorists who use their platforms are facing justice.

And yet, Gab will again be off the air, possibly for weeks, while it migrates to a new platform, because its existence is a threat to the powerful who are rightly scared of losing their shiny new control platform.

It shouldn’t matter whether you like Gab’s platform or not. Free Speech should always be defended.

Are there terrible people on Gab?  Yes.

Are there terrible people posting horrific things on Twitter?  Oh, you betcha. It’s the go-to platform for far-left fanatics and anti-white racist bigots.

Businesses which are paying their bills should be welcomed by service providers.  Hosting a platform is not an endorsement of the content of that platform.  A 48 hour shutdown notice was designed to destroy Gab’s business.

The companies terminating these contracts are doing so because of the pressure from those that want Gab shut down, case closed.  And they are hiding behind their vaguely worded Terms of Service to act unilaterally, in clear breach of all precedent in contract law.

That the hand of The Davos Crowd is behind this move to shut down alternative speech platforms is chilling.

That they are willing to deprive a peaceable man, in this case Gab’s CEO, his right to associate with all who are willing to support him is despicable.

Andrew Torba created as a reaction to Silicon Valley’s hatred of free speech.  Eventually all of this will be put on a blockchain and paid for outside of the normal banking system if Soros, Zuckerberg, Merkel and the rest of these corporatists continue pushing for total control over speech.

In the meantime, the sight of members of the liberal-elite trying to exploit the Pittsburgh tragedy in pursuit of their desire to castrate and lobotomize the First Amendment – and to destroy the Second – can only increase the sort of despair, anger and frustration that put individuals on the path to radicalization and turns them into human time-bombs.

Free speech does not create monsters; it helps the rest of society identify potential monsters. But deny people their right to speak, and to be heard, and the alienation and anger that results will indeed help create and unleash monster after monster. That is a lesson of history that the liberal-elite needs to learn, and quickly, or many more innocents will die as they did in Pittsburgh this week.