The Trials of Tommy Robinson

The jailing of Tommy Robinson attracted world-wide attention. His imprisoned showed the British people the lengths the State will go to silence political activists that oppose their agenda. His released was greeted with joy by his family, supporters and some politicians.

Robinson’s time in prison appeared to have a taken a serious toll on him in the interview, conducted by his former employer at Rebel Media, Ezra Levant. The Luton native appeared gaunt, hollow-eyed, and slurred his words.

He told the Canadian he had only seen his wife and children twice, for an hour at a time, in all the time he was behind bars, and spent almost all his time in solitary confinement.

“They moved me from HMP Hull, which was a 7 percent Muslim population, to the most densely Muslim-populated prison in the country,” he claimed.

“I had threats every day… I couldn’t have my cell windows open because they would be spat through or shit put through, so I had my windows shut all the time,” he said, describing how he struggled with the recent heatwave as a result. 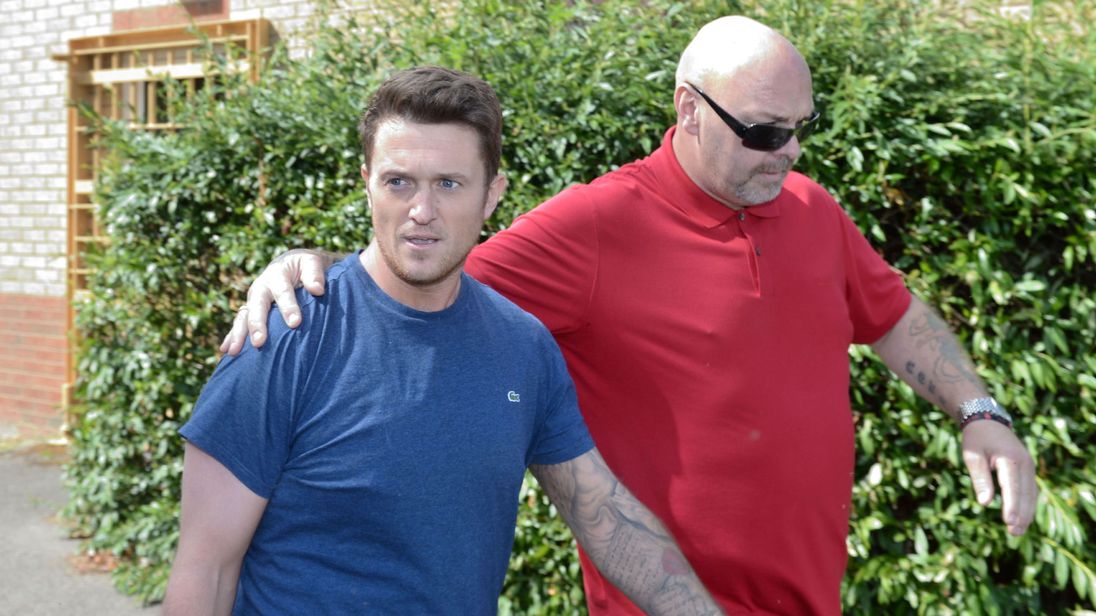 sked if he knew why he had been moved from Hull, he said the authorities “gave no reason, but I know why they did it — because what they then did is they used the excuse of my safety [to] put me straight in solitary confinement.”

The Englishman appeared visibly disturbed while recounting his incarceration.

“If every prisoner had that… If that was the sentence for prisoners…” he began, falteringly.

“It was the fact that every other prisoner’s cell door opens at 8 o’clock in the morning and they’re out of their cell working, having football, playing pool, and then they get locked up at 6 o’clock at night,” he finally explained.

“And then I think, I haven’t done anything — but because they’ve brought me to a Muslim-run prison, they’ve used the excuse that this is why they have to [keep me confined].”

Robinson said he could not eat the food which was sent to his cell in case it was poisoned — having been prepared, he said, by Muslim prisoners, who would goad him by asking “How’s your dinner, Tommy?”

He instead subsisted on a tin of tuna a day, as it came sealed and he could be reasonably sure of its safety, plus some fruit.

We have many problems with Tommy's socially liberal beliefs but we did oppose his show trial and subsequent jailing for reporting on a trial which the BBC themselves reported on.

Tommy would still be in prison today if it was not for the world-wide attention the alternative media brought to his case. When the State whisked him off to prison, they thought the issue was dealt with and his star would fade into obscurity, but they could not envisage that tens of thousands would come onto the streets to defend free speech.