Today, of all days, first of all we remember those who lost their lives in the Saudi-inspired 9/11 tragedy.

We are not fans of crazy conspiracy theories. All too often much of the wild speculation that sloshes around the Internet actually appears to be deliberate misinformation, put out there to discredit the very real evidence of very real elite manipulation to profit and empower the Few at the expense of all the rest of us. But, that said, it is clear that there really are major problems with the ‘court historians’ version of 9/11.

An important development was the report by a team of engineers at the University of Alaska. After two years of forensic research, they concluded that fire could not have caused the collapse of WTC7. This was the third tower that collapsed hours after the Twin Towers.

Athough the official story is that WTC7 was weakened by fires caused by debris from the attack, it’s the only steel skyscraper in the world ever to collapse purely as a result of a blaze.

The case is so strange that even the Daily Mail – which usually regurgitates the US state’s official line without question – ran a big story showing why so many people do not believe it. In part, this said that:

“A more extraordinary challenge to scientific reason would happen on the day of the attacks in respect of the third tower, WTC7, which contained the offices of the secret service, and then mayor Rudy Giuliani’s emergency command centre, fitted with bullet- and bomb-resistant windows as well as secure air and water supplies.

Bystanders interviewed by U.S. television that day said there were ‘bang, bang, bang’ sounds before it fell down. Yet NIST insisted there was ‘no evidence’ of a controlled explosion.

The fall was provoked by fires on multiple levels. The heating of floor beams and girders had caused a critical support column to fall, initiating the fire-induced progressive collapse that brought the building down.

This week, eminent Alaska University engineers dismissed this explanation. Dr J. Leroy Hulsey, Chair of the university’s Civil and Environmental Engineering Department, said: ‘Fire did not and could not have caused the failure of this building.’

[Professor] Griffin adds: ‘We are led to believe that for the first time in the known universe, a steel-framed, high-rise building was brought down by fire without the aid of explosives or incendiaries.

‘More clearly miraculous was the precise way in which WTC7 collapsed [straight down, with an almost perfectly horizontal roofline] into its own footprint. This is the kind of free-fall implosion that can only be caused by a world-class demolition company.’

Even stranger is this:

But there is another perplexing matter regarding this third building. It concerns the bizarre TV reports in the U.S., and the rest of the world, that it had collapsed when it was clearly still upright — announcements made 23 minutes before it had actually fallen down.

One piece of BBC World footage shows a studio anchor talking to news correspondent Jane Standley, who is standing in front of the clearly visible WTC7 tower.

The anchor says: ‘The 47-storey building, situated very close to the World Trade Centre, has also just collapsed. It seems that this was not the result of a new attack. It was because the building had been weakened during the morning attacks.’

Then, oddly, the link to Standley breaks up and is lost.

In a statement made in 2007, a spokesman said: ‘In the chaos and confusion, I am sure we said things which turned out to be untrue or inaccurate, but at the time were based on the best information we had. We no longer have the original tapes of our 9/11 coverage, for reasons of cock-up, not conspiracy.’

This response — and the question of why the BBC announced the fall of WTC7 before it actually happened — has enraged those fighting for the ‘truth’, such as Matt Campbell. They say a series of 9/11 documentaries put out by the BBC have not been impartial or scientifically accurate.

As the paper points out, all this is making people very suspicious. A survey in U.S. magazine Live Science last year revealed that a majority of Americans (53 per cent) believe the U.S. Government has concealed — and continues to conceal — vital information about the 9/11 attacks.

Some say that the attack was rather like Pearl Harbor – the enemy did it, but the government let them in order to goad the American people into going to war. Others claim the whole thing was an ‘inside job’.

The figure for doubters looks set to grow. A new book by an academic who has become an authority on 9/11, Professor David Ray Griffin, says that to believe that WTC7 fell  without explosives being involved is asking the public to believe in ‘miracles’.

Griffin, a retired philosopher at Claremont School of Theology in California, adds in his bestseller Bush And Cheney: How They Ruined America And The World, about the ex-president and his vice-president Dick Cheney: ‘There is a growing consensus that 9/11 allowed the U.S. to adopt extreme, unwarranted policies. They include the War On Terror and the attacks on Afghanistan and Iraq as first steps in taking control of the Middle East.’

He, and other 9/11 sceptics such as Matt, have asked if the attack was, in fact, a copy of Operation Northwoods, an aborted plan during John F. Kennedy’s presidency to stage terror attacks in America and blame them on Communist Cuba as a pretext for a U.S. invasion to overthrow dictator Fidel Castro.

Initially, Professor Griffin dismissed any notion that the attacks were an inside job aimed at triggering the war on terror.

It was a year later that he changed his mind, partly as a result of researching the extraordinary movement of stocks and shares in a handful of companies shortly before the attacks. The Mail story has details of these and they certainly make one think. 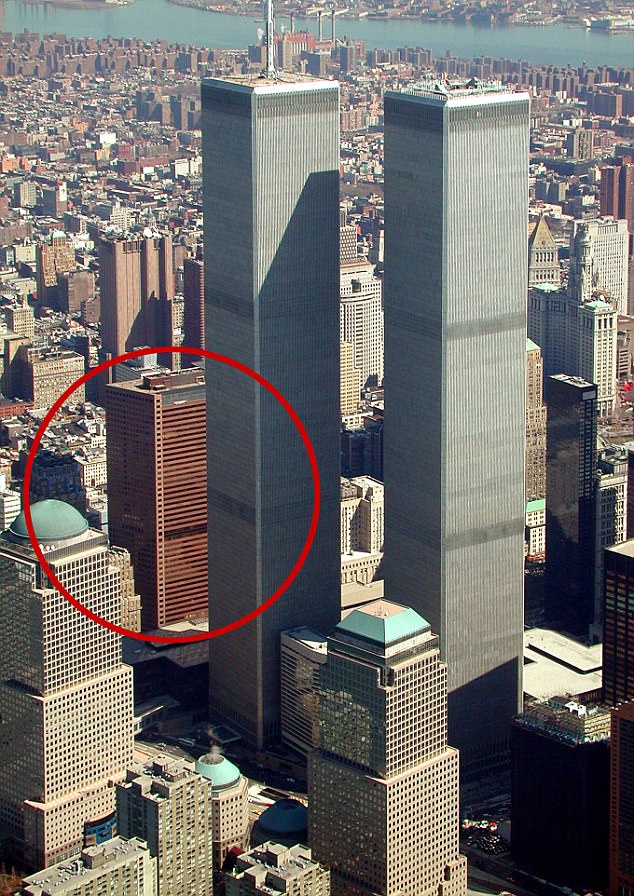 And then there is the question of how and why the Twin Towers collapsed:

“The official version is that the Twin Towers collapsed because their steel columns were melted by the heat from the fuel fires of the two crashed planes.

This explanation has been repeated in White House briefings, official inquiries into 9/11, leaks by the U.S. intelligence services and almost every TV documentary on the attack in the U.S. and the UK.

However, sceptics say the science does not stand up. They argue that steel does not begin to melt until it reaches around 2,800f, and open fires of jet fuel — such as those in the Twin Towers inferno — cannot burn hotter than 1,700f.

Official reports state the steel in the third tower reached a maximum of 1,100f.

Professor Griffin and other sceptics believe the Twin Towers were deliberately blown up hours after they had been hit. They claim their controversial theory is corroborated by first-hand testimony from firefighters at the scene.

In oral histories of 9/11 by New York Fire Department staff which have been made public, almost a quarter suggest they heard explosions going off before the World Trade Centre towers collapsed. Of the South Tower, firefighter Richard Banaciski said: ‘There was just an explosion. It seemed like on television when they blow up these buildings. It seemed like it was going all the way round like a belt . . . all those explosions.’

Colleague Kenneth Rogers heard them, too. He said: ‘There was an explosion in the South Tower. Floor after floor after floor. One floor under another after another . . . I figured it was a bomb because it looked like a synchronised kind of thing.

And Fire Captain Dennis Tardio recalled: ‘I hear an explosion and I look up. It is as if the building is being imploded from the top floor down, boom, boom, boom. I stand in amazement. I can’t believe what I am seeing. The building is coming down.’