The brutal Manchester Bomber who slaughtered 22 young concert-goers had been ‘rescue’ by the Royal Navy on the orders of Prime Minister David Cameron! The latest shocking news about how the killer was aided and abetted by the Tory government emerged this morning in the Daily Mail.

The vile suicide bomber was rescued by the Navy from war-torn Libya three years before his pop concert atrocity, the Mail reveals today.

HMS Enterprise plucked Salman Abedi, then 19, from the Libyan coast and took him to Malta for a flight home to Britain in August 2014.

The bomb he set off in Manchester Arena killed 22, including seven children.

Abedi’s younger brother, Hashem, who is in jail in Tripoli facing trial over the attack, was also rescued by HMS Enterprise.

The pair were among more than 100 British citizens taken to safety.

But Cameron’s guilt goes much further than that! The Tripoli Brigade to which the killer belonged was not some random bunch of Jihadi crazies. It was a part of the so-called National Liberation Army, the umbrella force organised to overthrow Muammar Gaddafi. The NLA was the ground-force backed by none other than David Cameron, who turned the RAF into the air arm of the Islamist rebellion.

It was founded, organised and led by Mahdi al-Harati, a Libyan-Irish citizen. It was armed by the CIA, through the American puppet regime in Qatar. The brigade included officers who had lived most of their lives in English speaking countries including Ireland, Canada, UK and the US.

An article in Ireland’s Sunday World drew attention to relations between Mahdi al-Harati and an unnamed US intelligence agency.

The Sunday World reported that a criminal gang working the area found two envelopes stuffed with €500 notes during a raid on the al-Harati’s family home, October 6.

The article, apparently relying on police sources, stated that al-Harati, who has been a Dublin resident employed as an Arabic teacher for 20 years, claimed, when contacted by police, that the stolen cash was “given to him by an American intelligence agency.”

The article continued, “Astonished officers made contact with Mahdi al-Harati who told them that he had travelled to France, the United States and Qatar the previous month and that representatives of an American intelligence agency had given him a significant amount of money to help in the efforts to defeat Gaddafi. He said he left two envelopes with his wife in case he was killed and took the rest of the cash with him when he went back to Libya.”

When Abdallah’s brother was shot and paralysed from the waist down, he was flown back to Britain to get NHS treatment. But the UK’s aid for the rebels went far beyond the ‘health tourism’ we’ve all come to expect in Soft Touch Britain.

Middle Eastern Eye blew the whistle on what really happened on 25th May 2017, in a major investigation entitled ‘Sorted’ by MI5: How UK government sent British-Libyans to fight Gadaffi. This included the following revelations:

“One British citizen with a Libyan background who was placed on a control order – effectively house arrest – because of fears that he would join militant groups in Iraq said he was “shocked” that he was able to travel to Libya in 2011 shortly after his control order was lifted.

“‘I was allowed to go, no questions asked,’ said the source, who wished to remain anonymous.

“He said he had met several other British-Libyans in London who also had control orders lifted in 2011 as the war against Gaddafi intensified, with the UK, France and the US carrying out air strikes and deploying special forces soldiers in support of the rebels.

“‘They didn’t have passports, they were looking for fakes or a way to smuggle themselves across,’ said the source.

“But within days of their control orders being lifted, British authorities returned their passports, he said. READ TO BOTTOM FOR  VIDEO

“‘These were old school LIFG guys, they [the British authorities] knew what they were doing,’ he said, referring to the Libyan Islamic Fighting Group, an anti-Gaddafi Islamist militant group formed in 1990 by Libyan veterans of the fight against the Soviet Union in Afghanistan.

“Belal Younis, another British citizen who went to Libya, described how he was stopped under ‘Schedule 7’ counter-terrorism powers on his return to the UK after a visit to the country in early 2011. Schedule 7 allows police and immigration officials to detain and question any person passing through border controls at ports and airports to determine whether they are involved in terrorism.He said he was subsequently asked by an intelligence officer from MI5, the UK’s domestic security agency: “Are you willing to go into battle?

“‘While I took time to find an answer he turned and told me the British government have no problem with people fighting against Gaddafi,’ he told MEE.

As he was travelling back to Libya in May 2011 he was approached by two counter-terrorism police officers in the departure lounge who told him that if he was going to fight he would be committing a crime.

But after providing them with the name and phone number of the MI5 officer he had spoken to previously, and following a quick phone call to him, he was waved through.

“As he waited to board the plane, he said the same MI5 officer called him to tell him that he had ‘sorted it out’.” 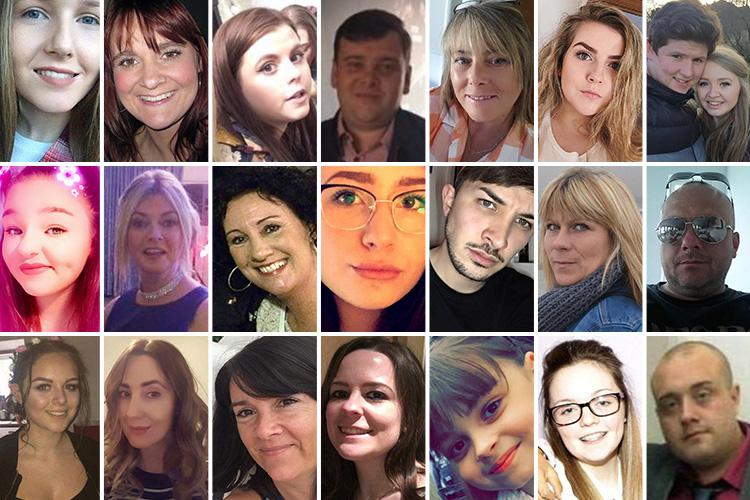 The victims of Cameron’s blowback disaster in Manchester

The Manchester Bomber’s own father first came to Britain with the help of the security services as a leading member of the LIFG. And now it has been confirmed that his close friend Mohammed Abdallah was a fighter with the Tripoli Brigade – David Cameron’s allies and “boots on the ground” in the war on Libya.

So we see that the terrorist cell which murdered 22 innocent people in Manchester being a bunch of ungrateful immigrants who slipped in and out of Britain to wage terrorist war without anyone noticing. Rather, they were part of a group deliberately encouraged and aided and abetted by the British political elite.

The Manchester bombing is a terrible and classic example of ‘blow back’. Sadly, it will not be the last.