At least 13 people including an eight year old child were wounded in what police believe to be a terrorist nail bomb attack in the French city this evening.

Police who have already examined the camera footage said he looked ‘very calm’ as he arrived wearing ‘dark glasses and a hooded top’.

Police sources described the suspected attacker as a European or North African male.

The masked suspect was recorded wheeling a bicycle as he arrived on the scene before leaving a case in front of the Brioche Doree bakery.

"He was wearing a dark top and Bermuda shorts," the officer added. "Municipal cameras would have caught him on his bike."

The owner of a nearby hotel said the noise was 'impressive' and that he saw "metal plates on the floor as a kind of circuit board and scattered papers".

He added: "We saw a very panicked woman and a man with a bleeding leg taking refuge in a clothing business." 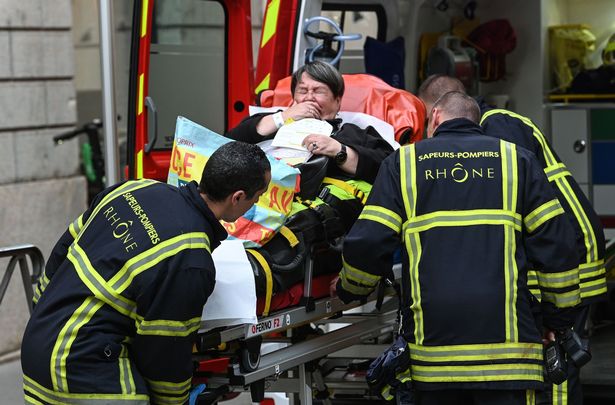 French President Macron characterized the explosion as an attack, telling an interviewer this evening, "I'm late because there was an attack in Lyon."