Brexit Betrayal At A Glance – KTI Sums It Up

Brexit Betrayal At A Glance – KTI Sums It Up

TOTAL sell-out! More than 17 million Brexit voters have been stabbed in the back – and generations of heroes who fought and died for British freedom have been betrayed! Unlike most commentators, we’ve carefully studied Theresa May’s draft Withdrawal Agreement document – and it STINKS!

The very root of the problem is Remainer May’s refusal simply to tell Brussels “we’re out, you’ve had all the money you’re getting from us we’re taking back everything that’s ours, and if you don’t give us a fair trade deal we’ll retaliate and plunge German manufacturing industry into a ten year recession, and form an anti- Third World migration pact with the based countries of eastern Europe.” The Europhiles are paper tiger bullies, and they’d crumble overnight in the face of the threat of economic and political hardball.

Even allowing for May’s internal problems with a divided party making it “impossible” simply to call Brussel’s bluff, her ‘deal’ is a ghastly letdown even as a ‘soft Brexit’ – because the proposal for transitional arrangements that have no end date means that it is NOT A BREXIT AT ALL! 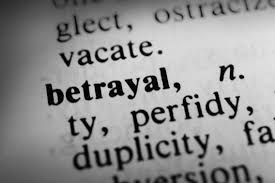 May’s deal keeps us in the Single Market, regulated by EU rules. If we go on to quit it leaves Northern Ireland behind, starting the break up of the UK. Whatever was done, the ‘arbitration’ would be by a Brussels-appointed team and the whole process would be subject to the European Court of Justice.

The UK cannot even claim to be an independent state given that the transition is likely to:
a) Be permanent;
b) Deny the UK the ability to take independent action in international organisations;
c) Impose taxation (Customs Union tariffs and VAT) without any sort of representation;
d) Remove democratic representation or influence in respect of goods and services legislation;
e) Place the UK under the jurisdiction of a foreign court, which not only determines rights of residency but also overrides UK Statute law;
f) Place sections of our armed forces under the control of foreign powers.

Additionally, even this non-Brexit will be rendered even more unacceptable to Leave voters when the EU states come to vote on it and extract further ‘concessions’ during ‘negotiations’.

Spain’s socialist government has already made it clear that the price of its pretending that the no-leave deal is ‘Brexit’ is going to be joint sovereignty over Gibraltar. France’s socialist regime in turn will insist on keeping access to our fisheries. Heaven only knows what the Germans will grab, but the ghosts of Kaiser Bill and Adolf will surely find something to grin about!

The only thing that might save us from this total national humiliation is if the blatant appeasement threatens so many Tory MPs with the loss of their seats that they are prepared to ignore the bogeyman threat of a Corbyn government in order to save their own skins by throwing May and her fake deal under the bus.

With Labour also riven by bitter internal squabbles, the resulting chaos might just give us a No Deal Brexit by accident, in which case the Y2K-style scaremongering would evaporate the moment it happens, and everyone would rapidly adjust to Britain having a Norway-style relationship with our neighbours.

Such a happy and common-sense result, however, remains very unlikely. Our own ruling elite wants us to Remain, so common-sense, freedom and democracy are the last things on their minds!