Britain is sick with decadence and repression. And two adverts sum it up.

Above is an advert in a British car magazine which has just been banned for “objectifying women.” The ad featured no nudity and was banned after a single complaint from a disgruntled reader.

The ad for Strasse, a Porsche garage in Leeds, ran in the February edition of 911 and Porsche World Magazine. Captioned “Attractive Servicing,” it featured a female mechanic clad in a figure-hugging black skirt and tights, partially hidden under a car and surrounded by tools.

The ad received a solitary complaint from a feminist bigot, prompting the Advertising Standards Authority to investigate. On Wednesday, the regulator announced it would ban the advert.
By contrast is the sadly all too typical corporate advert below, promoting homosexuality and the LGBT obsession with apeing and devaluing the holy institution of marriage. Part of a Lloyds Bank advert, it celebrates a mixed-race homosexual couple who get ‘married’. 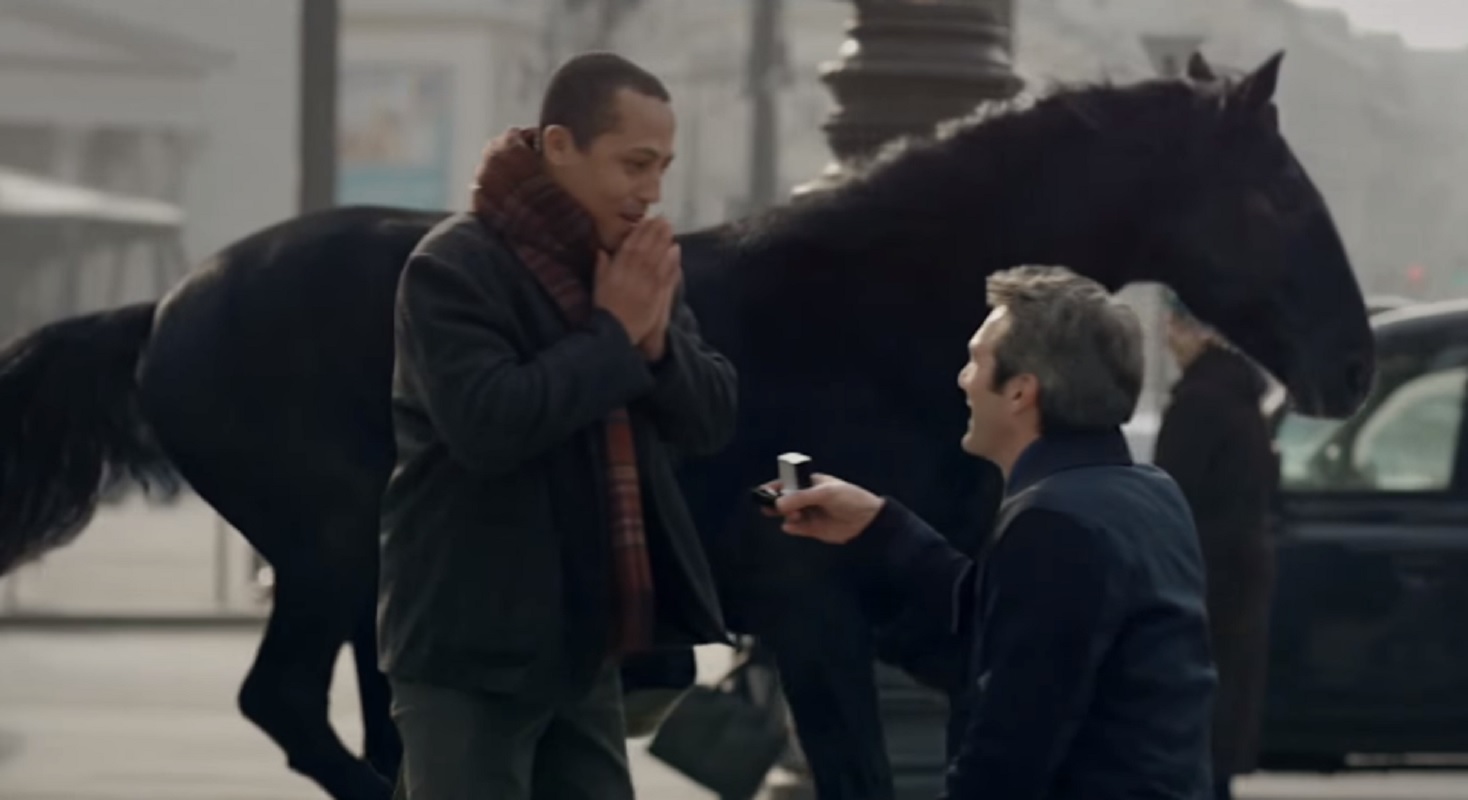 Needless to say, this gave offence to large numbers of traditionalists, particularly Christians and Muslims, who are both tired and angry over the way in which big business is constantly pushing acceptance of sexual and moral dysfunction into their living rooms.

Strasse had tried to appeal the complaint, arguing that the power tools in the picture “empowered” the woman, and that the garage’s rates were the truly “attractive” offering.

The ASA had none of it, ruling that the double entendre “was likely to be viewed as demeaning towards women.” Of course, complaints against adverts promoting LGBTQ+ issues would be rejected out of hand.

There is only one solution for true Christians and traditionalists – take your TV off-grid. And spend the TV licence money you save by doing so on something much more useful and healthy for your family…