Three brave military veterans have posted their medals to the Prime Minister and her Cabinet in disgust at the grotesque decision to prosecute a former paratrooper over Bloody Sunday.

Their letters included 23 white feathers – one for each member of the Cabinet – saying they represent ‘cowardice’ in the face of the enemy. Mr Kenyon said other veterans have contacted him to say they will also be handing back their medals in protest.

Hundreds of convicted terrorists including the IRA and loyalist paramilitararies, were given an amnesty and will never face justice for their crimes.

The decision to follow the legal persecution of British Army veterans with the prosecution of a soldier over the shootings, was met with fury by families of the Bloody Sunday victims and veterans alike.

Mr Kenyon, 49, who signed up to the Parachute Regiment in 1985 and served one tour of Northern Ireland, said: ‘Soldier F being prosecuted 47 years after Bloody Sunday is a disgrace.

‘I believe he is a scapegoat for former government failures. The Government has an opportunity to stand up and do what is right and stop this prosecution.

‘Three of us have sent our medals back and other veterans have contacted me saying they are going to send back their medals.’

The veterans handed in their own medals along with 20 miniatures used on mess dress that they bought. Mr Kenyon, who is a former Mayor of Hereford, said: ‘The politicians have let us down. The Armed Forces should have had an amnesty.’ 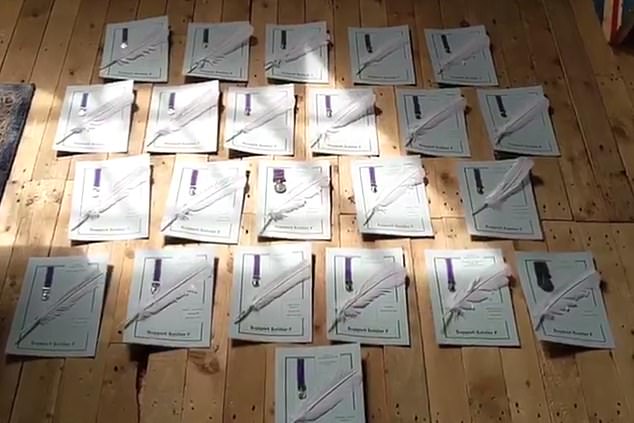