With each passing day, Christianity in Europe moves further and further away from God. The submission of church leaders to the cult of liberalism in the hope of attracting a new congregation is not only futile but is driving the faithful away from the church doors.

A priest in the Canary Islands posed with drag queens in the sanctuary of a Catholic church after letting the men use the church rectory as a temporary dressing room.

Photos show Fr. Fernando Báez in a parish in La Breña, Gran Canaria, Spain, posing in the midst of almost a dozen garishly dressed drag queens, all of them standing directly in front of the holy altar. The photo is framed to include in the background a large cross on which is hanging a figure of Jesus.

In Spanish, a Facebook user identified as Grego Bagon warned the priest on his social media page that he will one day have to be judged by Jesus Christ. God, warns, Bagon, will judge the priest’s “scandalous attitudes.” 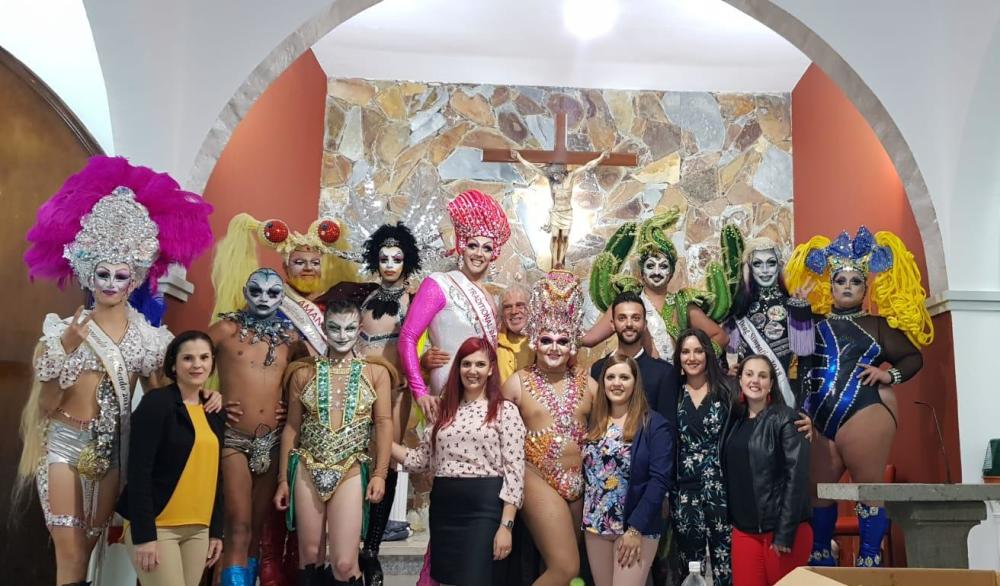 Parishioners have also reportedly contacted the local bishop to demand that the priest be recalled from the parish of La Breña.

But the vicar general of Gran Canaria, Hipólito Cabrera, has reportedly kept mum about the incident with the drag queens, calling it an internal matter for the parish.

According to news reports, there were 10 drag queens in the church, all of them taking part in a July 7 gala in the multi-purpose Narea building in nearby Telde during celebrations ostensibly in honor of Saint Joseph and the Virgin of the Pine. The drag show was called "Gala Drag Queen de Telde."

Thankfully, traditional churches (at least in Britain) are seeing an increase in church attendance as the liberal sermons of the church modernisers drive their own flock into the pews of the true men of God.