There was a time when Sinn Fein was a staunchly Catholic party of Irish men and women devoted to winning a united, Catholic, Gaelic Ireland. Whatever people may have thought about the tactics of their military wing, the IRA, no-one could deny that they were genuine nationalists and devout Christians.

But how times have changed! In less than a generation, Sinn Fein has undergone a sort of political sex change. Out have gone the men with balaclavas and down has come the tricolour. In have come transsexuals with gender realignment surgery (on the British NHS, of course) and up has gone the LGBTQP rainbow.

And while Irish youth are encouraged to get their genitals mutilated or abort their babies, Sinn Fein demand unlimited immigration from Africa. Not even Cromwell would have considered such a genocidal answer to the 'Irish Question'.

The heroes of 1916 must be turning in their graves. 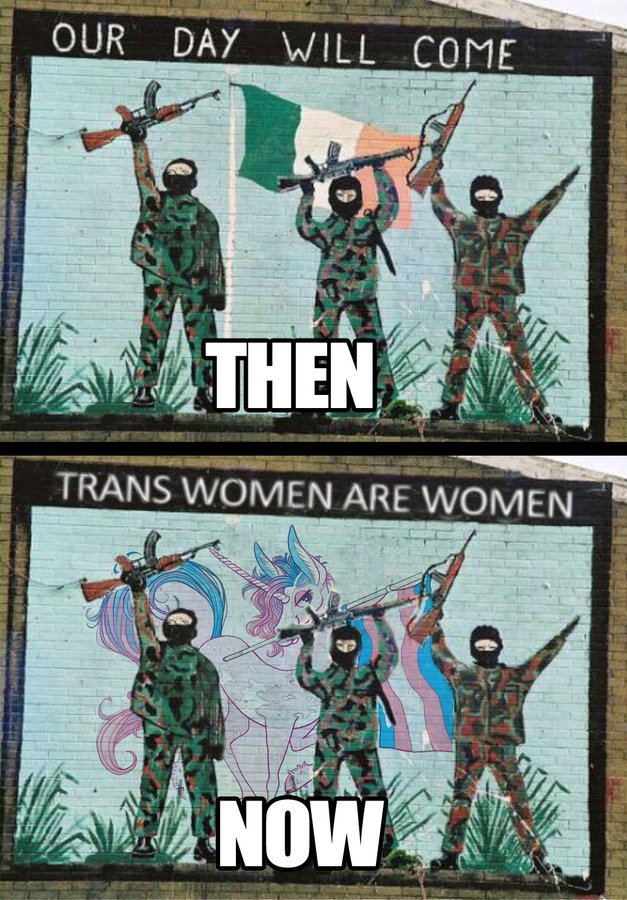