LET MY PEOPLE GO - SAVE THE SOUTH AFRICAN FARMER!

Leading anti-abortion campaigner and British patriot Jim Dowson speaks up on behalf of the oppressed South African people and against the Marxist agenda of ANC Government.

The Templars have worked hard on securing a new living space in Europe for those South Africans unable to cope with the growing the crackdown.

Recently, a delegation from South Africa arrived in the growing town of Ásotthalom and were greeted by the towns patriotic mayor László Toroczkai.

Toroczkai wrote: “here we are having an inspection of the border [near his town], but we are also discussing economic—primarily agricultural—cooperation opportunities and a larger Boer-Hungarian economic and political meeting. 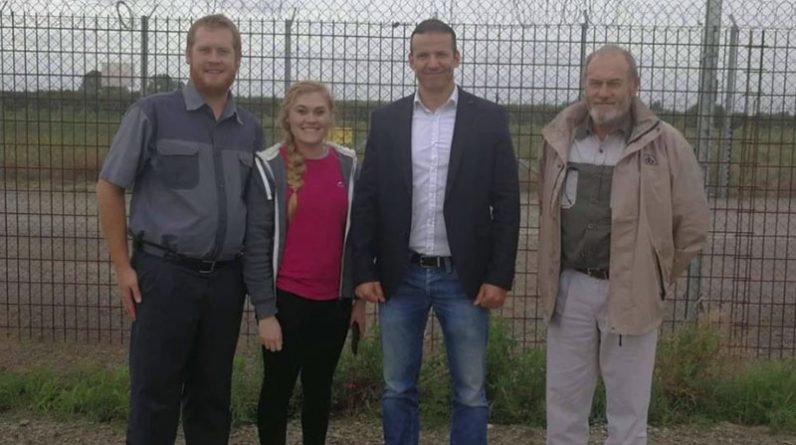 “Tens of thousands of Boers are looking for a new home in the world because of extreme racism, discrimination and untenable public security [in South Africa], and Europe [the EU] is an accomplice [in creating this situation],” he continued.

“I would like our country to [be the first] in the European Union to start to [offer sanctuary to them] in the future, because they have European roots, and are persecuted Christians.”

There is no getting around it. The Christian farmers in South Africa face a perilous situation. With farm murders reaching a level of unimaginable brutality and the recent government declaration that land confiscation will soon follow, there is little hope for them in rainbow nation.