I don’t want to write about pedophilia. You don’t want to read about it. But the threat of pedophilia becoming acceptable isn’t going away. The sudden embrace of transgenderism didn’t come from nowhere. And it isn’t going to stop there, as I argued in this space not long ago.

Targeting children comes in two general phases. The first involves bombarding them with LGBT messaging in schools. Or now, on public television (PBS) cartoons in which an 8-year-old Aardvark named Arthur and his peers are portrayed as pleased that his male teacher is “marrying” another male. 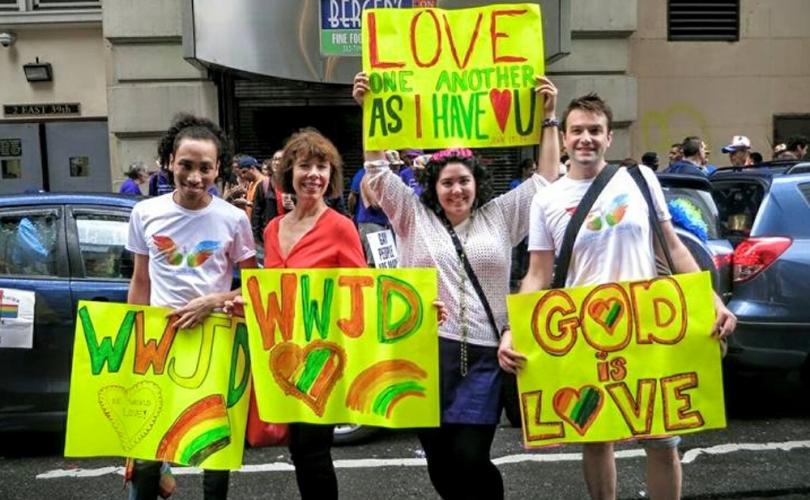 Other offenses in this category include Drag Queen Story Time at public libraries, which now seem to be cropping up all over the country. Scary to say, but chances are your local librarian may also be a monster-enabler — or at least too feeble a frog to jump out of water that is now well past the boiling point.

Drag Queen Story Time typically gives a platform to gay males (some are even convicted sex offenders) to abuse children by encouraging them to flout reality and to explore gender “fluidity.” Who thinks that is a good idea? Relatively few, in all likelihood. But that doesn’t tell us how many otherwise decent people are unwilling to draw a line in the sand.

Appeals to “tolerance” show their true colors when they are enlisted to support the blatant grooming of children — grooming being a term we used to be happily unacquainted with in this abusive context. Such grooming also presents some commonality with certain elements in Islam; I refer to authorities in the UK willfully ignoring the systematic rape of local girls by Muslim “grooming” gangs for decades.

In short, a great many people in positions of authority are so keen on protecting both Islam and homosexuality that even the grotesque abuse of youngsters must be swept under the rug.

Sure, one could say that not all LGBT folks are on board with pedophilia. But a larger point is in play: when the goal is rationalizing LGBT behavior, the very innocence of children must be targeted. Concepts of normality, morality, and virtue must be radically inverted because they stand as a rebuke to the depravity we must now esteem with “pride” — or else!

The second phase involves attempts to accommodate or actually espouse pedophilia. This can take the form of classifying it as a clinical condition, which amounts to a plea for exculpation; after all, no blame is attached to the person who comes down with Parkinson’s or pneumonia. But it can also be couched in terms of advancing “rights,” breaking down barriers, and allowing “love” to win out.

Indeed, influential medical bodies seem to be biding their time to classify pedophilia not as a disease but as just another sexual orientation. One that is unchangeable, you understand — because according to current dogma, anything that goes against human nature and common decency is unchangeable.

This would essentially amount to adding a P to LGBT. Another P, I should specify; not Pansexual, which is already included in the ever expanding LGBTQIAP+ acronym. (Look it up — and ask: what does the “+” exclude?) We all know what that would mean: “hate” would be the only thing standing in the way of legitimizing pedophilia.

So which is it: a disease one haplessly contracts, or a legitimate orientation that is unjustly oppressed? Who cares; doesn’t matter; whatever “argument” will do. Innocence will be targeted.

Pedophilia-friendly messaging can be found on TV and on stage; a recent play appearing in Chicago and London portrays pedophilia in a sympathetic light. It can be found on social media and even in academic journals; one such journal published in 2018 a convicted pedophile’s contention that “child-adult sexual relations” should be seen as virtuous.

This matter goes all the way back to the confrontation between Christianity and the paganism of antiquity, which was fine with treating children as sexual objects. Christianity reversed the prevailing approval of such practices, which makes our current crisis even more troubling because it entails the paganization of the Church and not just the de-Christianization of Western society.

So we now contend with ecclesiastical leaders in the UK actively endorsing curricula developed by homosexual activists, while dodge ball is derided by some educational authorities on the grounds that it inappropriately treats kids as “human targets.” As if kids throwing balls at each other on the playground is of more concern than insidiously targeting them via perverted indoctrination.

It’s curious that, even on the heels of revelations that some people are in the business of perpetuating homosexual predation, there are nonetheless actors out there saying that maybe such targeting, grooming, and abusing of youngsters is not really such a bad thing after all.

Apparently the task for those in the driver’s seat of our post-decency culture is to strike the right balance: condemn Christianity for its views on sexuality, and also for the violation against those norms by its pastors, while promoting such transgressions in the wider world — in just the right doses as the timing of our ongoing collapse permits.

We are not just dealing with a simple or abstract disagreement here. We are dealing with dangerous people and disastrous ideas. Perhaps the ever more brazen attempts to target children will lead people to see how one transgression logically leads to the next, and reject the sexual revolution outright.

But our degradation runs so deep, our divide is so unbridgeable, that talk of some sort of pending civil war is not rash. Nobody wants that, but if we can’t push back against the ongoing — indeed accelerating — targeting of children, we’ll have lost without firing a shot.