Nordic nations in revolt against the EU

Europe’s globalist project was rocked in 2016 by the decision of the British people to leave the liberal empire.

Their example has given the citizens of many European states, sickened by the power-grabbing and cronyism of the Brussels bureaucratic elite, a badly-needed boost in their own fight to reclaim their national sovereignty and control of their own destinies. 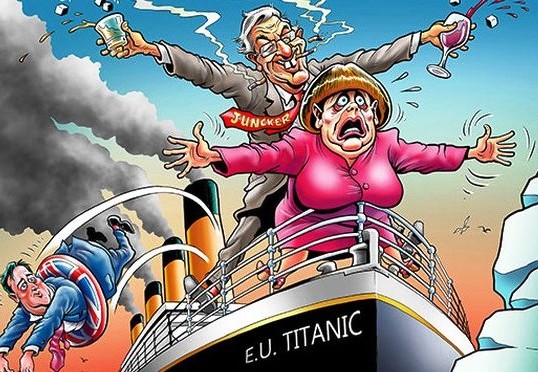 Nearly half of Swedes and Danes said they’d rather be in a ‘Nordic Union’ with their neighbors from Norway, Finland and Iceland than in the EU, a fresh poll revealed.

Research conducted by pollster Sentio for Norwegian newspaper Klassekampen showed 47 percent support the hypothetical Nordic Union in Sweden and 45 percent in Denmark. 32 percent of Swedes and 36 percent of Danes were happy to remain in the European Union, while the rest said they were undecided on the issue.

As for non-EU member Norway, only 10 percent suggested that it would be a good idea for the country to join the European Union. The concept of the so-called ‘Nordic Union,’ which would see Sweden, Denmark, Norway, Finland and Iceland implementing joint policies, was backed by 32 percent of Norwegians.

The poll was conducted in Norway, Sweden and Denmark, with around 1,000 people surveyed in each of the countries. The researchers didn’t ask those in Finland and Iceland for their opinion.

Fed up with the unpopular mandates dictated to them by the unelected in Brussels, from the internet censorship laws to the austerity programmes and banking debts, Europeans are calling time on the EU project.

With Poland, The Czech Republic and Hungary refusing to play ball and settle hundreds of thousands of refugees in their native lands and Italy’s tough stance on border controls, the Europhiles are losing the war for the hearts and minds of the people of Europe.