Portland has become a battleground for the heart of America. Christian Patriot marches and Antifa assaults have become an almost weekly occurrence and this weekend was no different...

This weekend’s clashes were the most recent of several this year in the city as right-wing groups converged, met by far-left protesters, including members of the left-wing terrorist organisation Antifa. City officials have struggled with striking a balance between free speech and keeping events from spiralling out of control.

Yet on Saturday, some alleged police seemed to act mostly against Antifa, using stun grenades and what appeared to be rubber bullets against them. 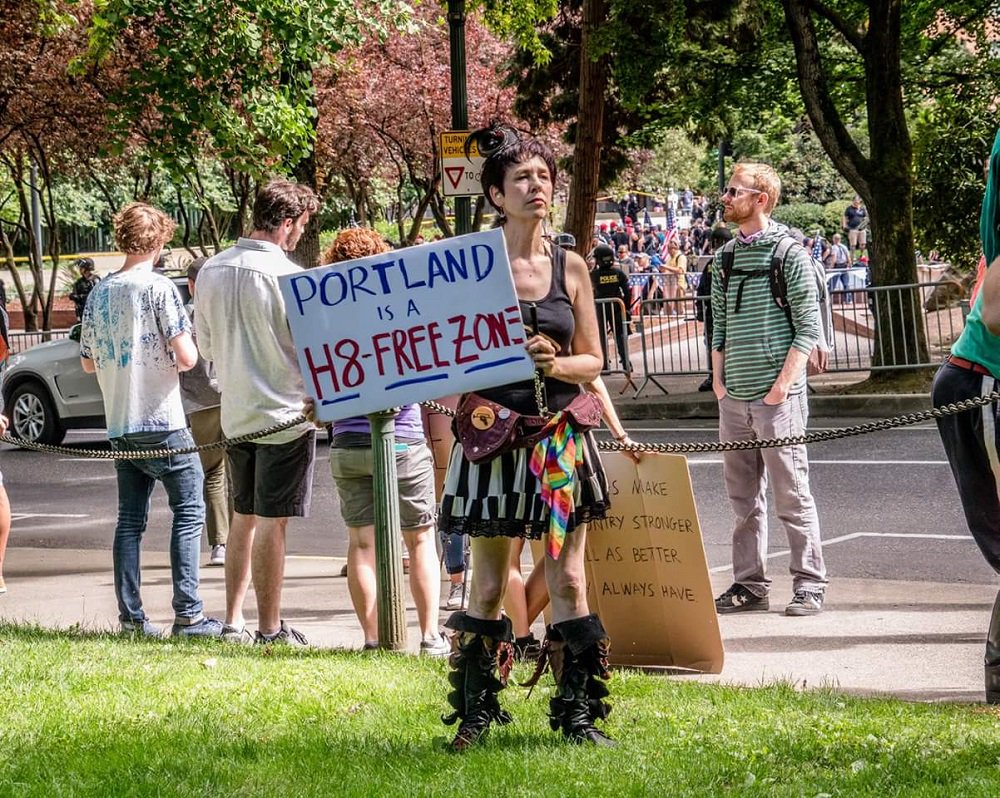 Yes, you read that right! The masked-up thugs, wielding bats and throwing bricks in the direction of peaceful protesters are outraged that the police would take action against them.

Police “targeted Portland residents peacefully counter-protesting against racist far-right groups, including white supremacists, white nationalists, and neo-Nazi gangs,” the Oregon chapter of the Council on American-Islamic Relations and the Portland chapter of the Democratic Socialists of America claimed in a statement.

The Patriot Prayer, the organising group which put the rally together, is led by Joey Gibson, who described his heritage as Japanese.

It is almost as if these people are neither Nazis or White supremacists but rather simple American Patriots, Christians and Trump supporters.

Police ordered the counter-protesters to disperse, then moved in behind a volley of stun grenades. One of the rounds reportedly hit a far-left protester in the head, becoming embedded in his helmet and injuring him. One woman was taken to a hospital after being hit in the arm and chest with a “flash-bang” grenade, local media reported. The blasts echoed through downtown Portland.

In liberal Clown world it is the wicked that go unpunished and the righteous that are persecuted. We can almost guarantee not one of the thugs arrested on Saturday will face a single charge but do expect the police that executed their duty in defence of free speech and the right to assemble to be dragged before disciplinary boards.