For a number of years, the Knights Templar has been at the forefront of the battle against the Soros operation in Hungary and Europe, and the spotlight we shone on the activities of his organisation has bore fruit. 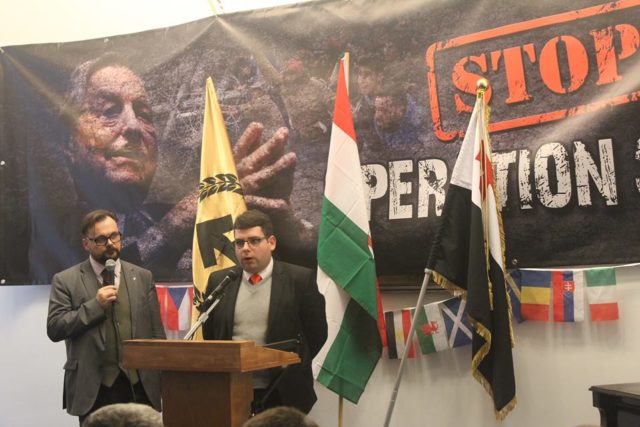 His constant meddling in the affairs of sovereign nations eventually drove Hungarian President Orban to passed the “Stop Soros” law, which includes a punishment of up to a year in prison for anyone helping those that flout the countries immigration laws.

The foundation run by US billionair George Soros said Thursday that the last of its operations in Hungary would cease by August 31, with its activities being transferred to Berlin.

The Open Society Foundations (OSF) announced in May that it was leaving Hungary, citing what it called the “repressive” policies of nationalist firebrand Prime Minister Viktor Orban.

“There are still some colleagues working here in the office, but we will have closed for good by 31 August,” the OSF spokesman in Budapest Daniel Makonnen told AFP.

In an interview with the 168ora weekly, the head of OSF operations in Hungary, Katalin Koncz E., said she felt bad about the move.

“I have to put an end to 25 years’ work and watch as an institution I’ve spent my life building becomes a desert — everyone is clearing away their things and my colleagues are disappearing.”

She indicated that she herself would stay in Budapest, adding: “I take comfort in knowing that a brilliant office and great conditions are awaiting my friends in Berlin, where they will be able to take up the work with fresh energy.”

The decision by President Orban to take on Soros was not only brave but vital for the long-term survival of the small Central European nation. His decision and Presidency will have long-term reverberations throughout the continent as other Patriotic parties come to power and are forced to deal with meddling, "progressive" NGO's.