The disease sweeping the West

The disease sweeping the West

December 10, 2019
The gender madness disease sweeping the West doesn’t seem to be having any impact in traditionalist Russia. The latest example is the news that Russian hand-to-hand combat champion Daria Nirkova, dubbed ‘the new face of Siberian MMA’, has said that the prospect of ‘intergender’ MMA fights and champions is “stupidity” as “men are stronger than women”.
Just as striking is the fact that this simple, common sense position was accepted as entirely normal in Russia. Anywhere in the diseased West, such a comment would have led to a storm of protest against the tough little blonde bombshell.

Hailing from the city of Kiselyovsk, Nirkova is a Russian amateur MMA and multiple hand-to-hand combat champion. RT recently interviewed her and asked her:

“Recently UFC featherweight and bantamweight champion Henry Cejudo recently called out female UFC flyweight champion Valentina Shevchenko for a fight to become ‘intergender champion’. What do you make of that?”

“I think it’s stupidity, because men are stronger than women in any case. How unprepared she would be! A woman is a woman.” 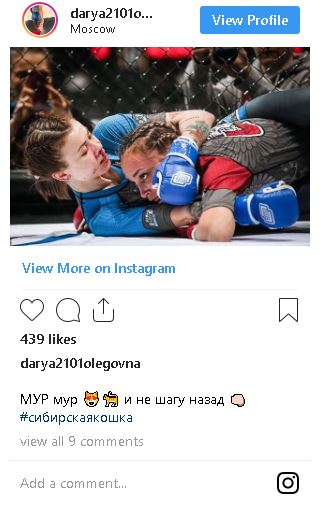 RT: “An ‘intergender champion’ – it sounds a little strange and even funny. Do you think that’s fair? What would you have said if you were in Shevchenko’s position?”

“I don’t welcome it. If I was in her position I would organize a sparring session as a promotion tool, for that purpose maybe. But I would definitely not agree to a fight. For me, everyone has their place, men with men, women with women. It at the very least would not be very aesthetically pleasing.” 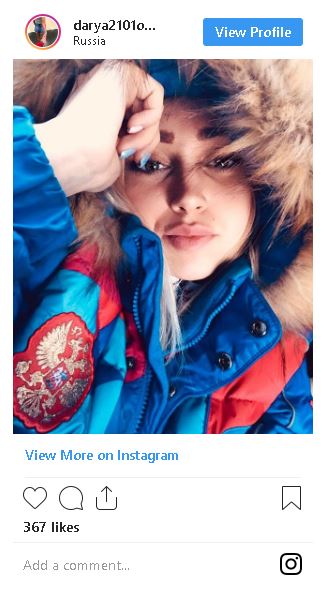 We think she’s a knock-out!